The next virtual lectures  are:

Remember to check out the main Hutchison Lecture Tour Page for the complete schedule of virtual lectures over the next month! 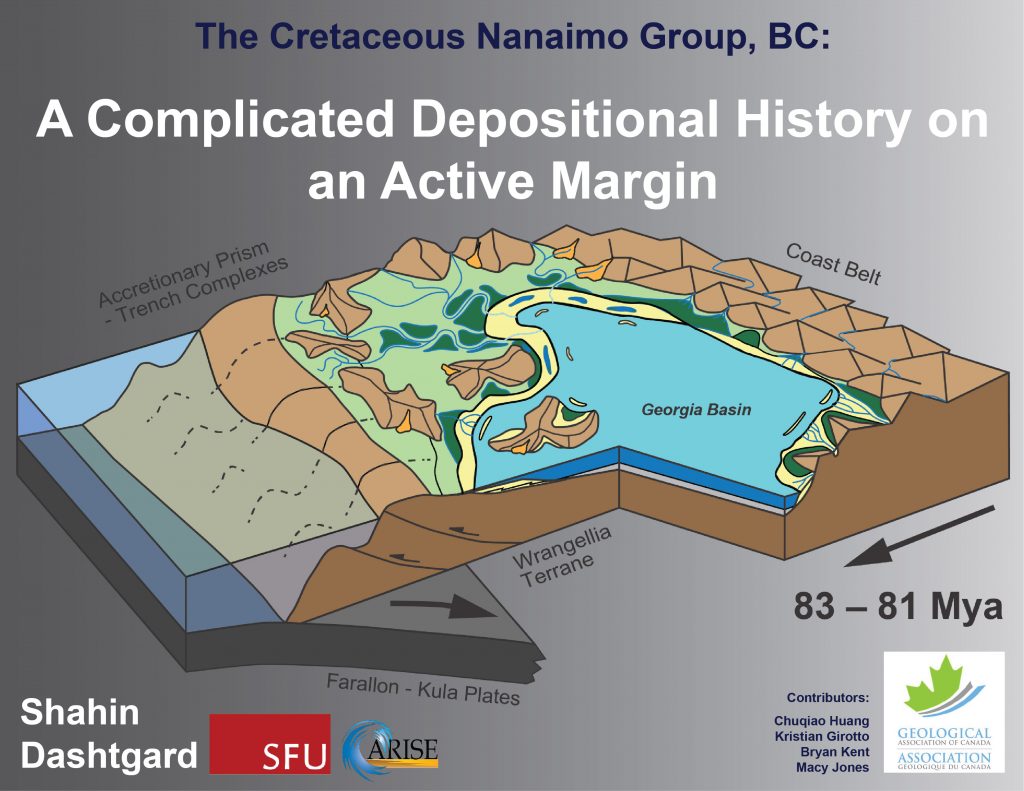 The Cretaceous Nanaimo Group, B.C.: A Complicated Depositional History on an Active Margin

The Nanaimo Group consists of Cretaceous sedimentary strata that infills the Georgia Basin in southwest British Columbia. Exploitation of Nanaimo Group coal deposits drove European colonization of Vancouver Island, and made the region a major port for the global shipping trade in the late 1800s and early 1900s. Historically, the Nanaimo Group was interpreted using a lithostratigraphic framework, which has been revised multiple times over the past 120 years. A robust sequence stratigraphic framework for the lower Nanaimo Group was only recently developed, and reveals a complicated depositional history that existed during the early stages of basin development. In this talk, we explore the newly developed sequence stratigraphic framework and the data used in its development (i.e., facies analysis, detrital zircon, biostratigraphy). Like many forearc basins globally, development and infilling of the Georgia Basin was controlled, in part, by variable subsidence rates, steep topography, and both regional and localized active faulting related to the position of this basin along an active margin.

The Nanaimo Group also resides at the heart of the controversial Baja BC hypothesis, which purports that Vancouver Island was situated at a paleo-latitude equivalent to northern Mexico during the Late Cretaceous. The new sequence stratigraphic framework provides the means to sample strata chronologically, and thus better constrain the timing of Vancouver Island movement relative to North America. This research is ongoing. 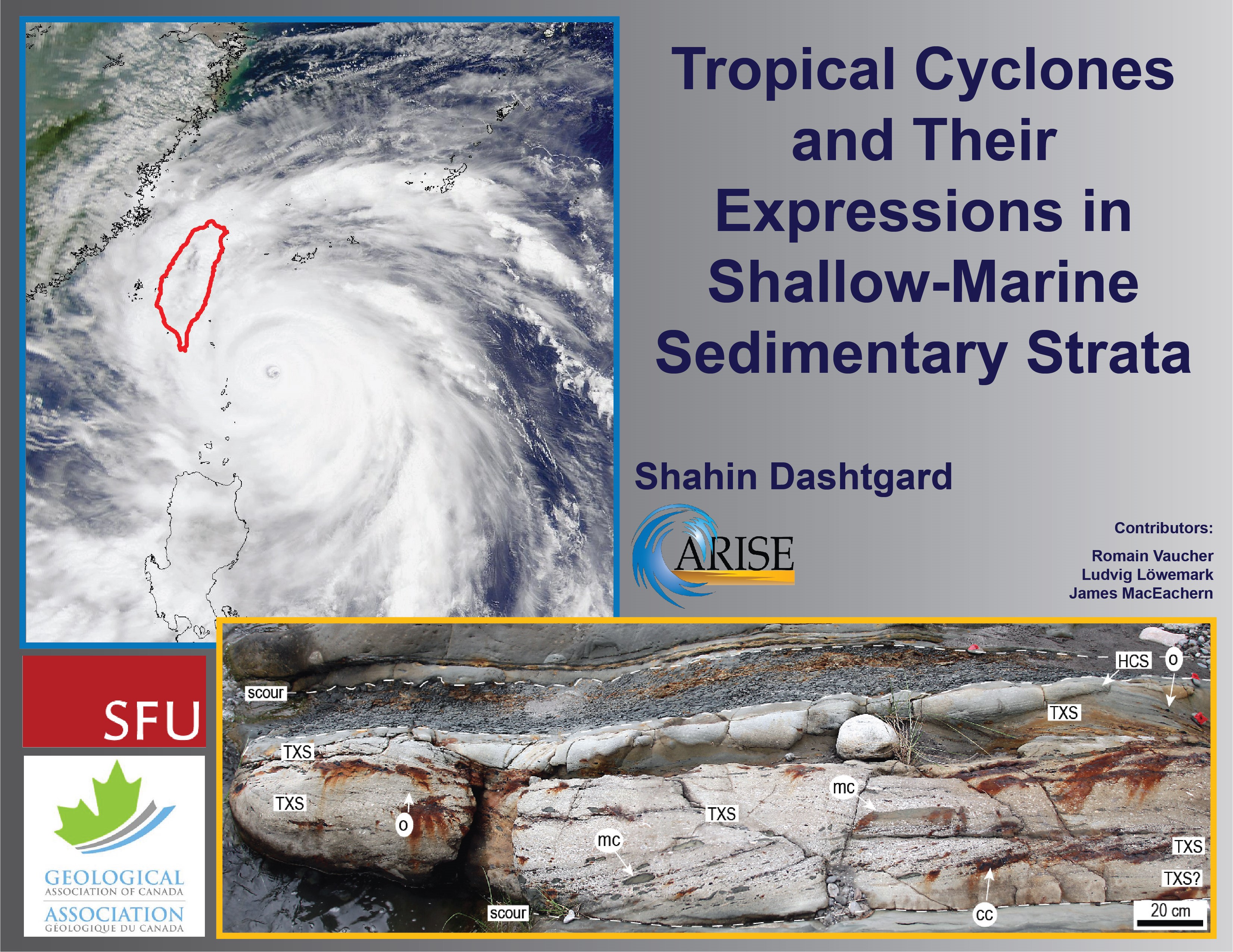 Tropical cyclones and their expressions in shallow-marine sedimentary strata

Tropical cyclones (TCs) are among the most devastating natural hazards on Earth and are predicted to increase in frequency and severity as the atmosphere warms. Assessing changes in TC frequency and severity requires tracking their prevalence through time using their preserved expressions in the rock record as a proxy. Presently, TCs are common to the world’s oceans at latitudes of 7° to 40° north and 7° and 23° south of the equator.  The processes and products of TCs have been well studied, and direct expressions of TCs in shallow-marine strata (e.g., Hummocky Cross-Stratification) are well defined. In this presentation, we will explore the depositional processes that occur during TCs and the range of TC deposits that occur in shallow-marine and shelf environments (10–150 m water depth). Two modern settings that experience regular TCs will be presented: the northern Gulf of Mexico and the Taiwan Strait. We will also evaluate TC deposits in shallow-marine strata. Together, these data provide a more complete picture of the mechanisms and processes that are active during TCs and their multiple expressions in the rock record. In turn, these results contribute to our understanding of past extreme-weather events and potentially can provide insights into future changes in TC frequencies and intensities as the Earth’s climate warms.