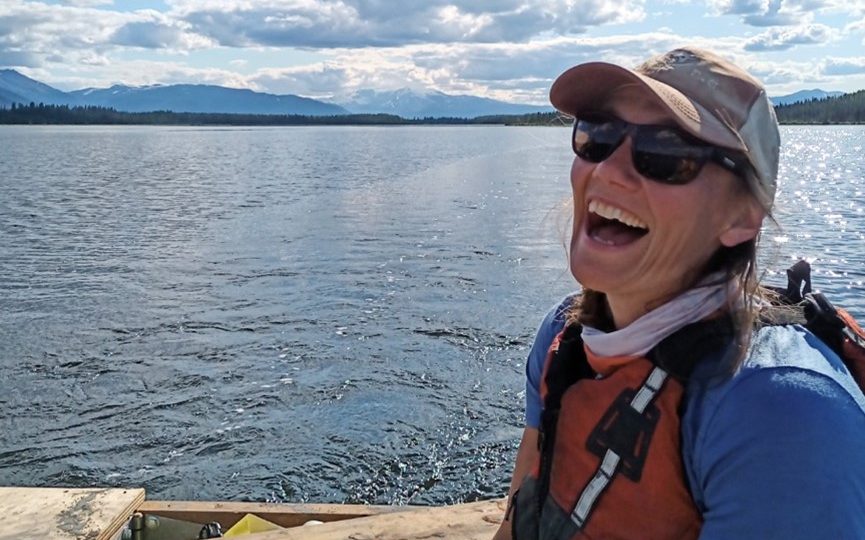 The W.W. Hutchison Medal is named after Dr. William W. Hutchison in recognition of his many contributions to Canadian and international geoscience. The medal is awarded to a young individual for recent exceptional advances in Canadian earth science research.

“For her innovative research applying tephrochronology to understanding Earth surface processes, climates, volcanism, and environmental change during the Quaternary Period.”

Dr. Britta Jensen is an Assistant Professor (Associate July 2022) in the Department of Earth and Atmospheric Sciences at the University of Alberta in Edmonton. Britta specializes in tephrochronology/stratigraphy where she studies volcanic ejecta to date and correlate sedimentary sequences as well as determining eruption frequencies and magnitudes. Her research is focused on North American volcanism: examining Miocene to Holocene eruptions from the Aleutian Arc and Wrangell volcanic field in the Yukon and Alaska, characterizing distal and proximal deposits of Cascade volcanoes in the western USA and Canada with a focus on Mount St. Helens, and building a tephrostratigraphic framework based on cryptotephra deposits in eastern North America. She is the PI of the Volcanic Ash Research Group (VARG) at the U of A, and curator of the John Westgate Tephra Collection, which includes over 5000 individual tephra samples.

Stay tuned for updates on the 2022-23 Hutchison Lecture Tour!

The deadline for National Medal nomination forms is January 5th, 2023.