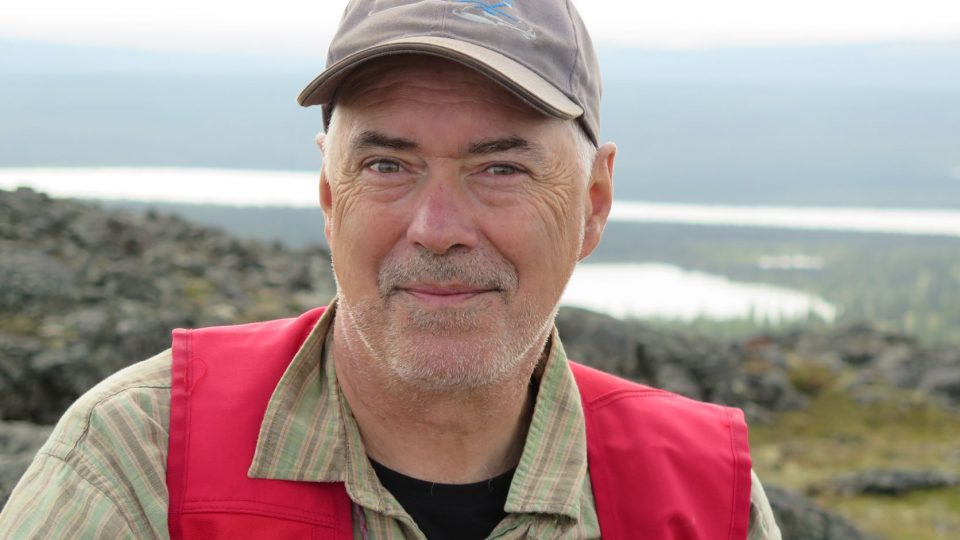 Dr. David Corrigan completed his B.Sc. in geology at the University of Ottawa in 1986, followed by a M.Sc. degree at Dalhousie University in 1990. He then completed a PhD degree in 1995 at Carleton University, where he was awarded the Senate Medal for Academic Achievement. This was followed by a Post-Doctoral research position at Memorial University. The above graduate and post-graduate studies focused on the structural, metamorphic, magmatic and tectonic evolution of the Grenville Province. In 1997 Dr. Corrigan was hired as Research Scientist at the Geological Survey of Canada, where he led a number of multidisciplinary geoscience projects in the Trans-Hudson orogen and bounding Archean cratons. This research, spanning from Saskatchewan to Labrador and passing through Manitoba, Nunavut and NE-Quebec, provided the basis for a number of syntheses he published on the tectonic and metallogenic evolution of the central and eastern Canadian Shield. It also forms the foundation of his research on early manifestation of modern-type tectonic processes during the Proterozoic era. He recently retired from the GSC and presently works as a consultant for the mineral exploration industry.

Dr. James Mungall received his BSc in Geology from the University of Waterloo in 1987.  He did his MSc and PhD in igneous petrology at McGill University, finishing in 1993.  He did two years of postdoctoral research at the Bayerisches Geoinstitut followed by nearly three years of consulting in Quebec before joining the University of Toronto in 1999.  He has worked as a consultant specializing in magmatic sulfide and chromite deposits since 1996 and spent one year as a Chief Geologist for Noront Resources during the discovery and definition of their Ring of Fire deposit group.  In 2017, he joined Carleton University, where he now teaches mineral deposits.  His research topics range from transport properties and thermodynamics of magmas to description and interpretation of mineral deposits.

Dr. Turner’s research centres on the tectonostratigraphic, paleoenvironmental, and paleobiological evolution of Proterozoic and Paleozoic sedimentary basins, and what controls their potential to host ore deposits. Her expertise is founded in 30 years of remote mapping and stratigraphic work in Canada’s north, and in detailed microanalytical studies of depositionally and diagenetically complex sedimentary rocks. Areas of special focus in the Precambrian have been the Neoproterozoic of the Mackenzie Mountains (NWT), the Mesoproterozoic of northern Baffin Island (Nunavut), and lately, Neoproterozoic puzzles in the Central African copper belt (Zambia and the Democratic Republic of Congo). Dr. Turner received BA and BSc degrees from University of Toronto (1988 and 1991), and a PhD from Queen’s University in Precambrian carbonate sedimentology and paleobiology (1999). After a post-doctoral fellowship at the University of Alberta on modern spring precipitates, she assumed a position at the newly established Canada-Nunavut Geoscience Office in Iqaluit, mapping in the Paleozoic-hosted Cornwallis Zn district of Nunavut’s Arctic archipelago. Dr. Turner has been at Laurentian University since 2005, teaching paleontology, carbonate sedimentology, and Earth history, and fostering an international-calibre research group focussed primarily on Precambrian basins and their economic potential.