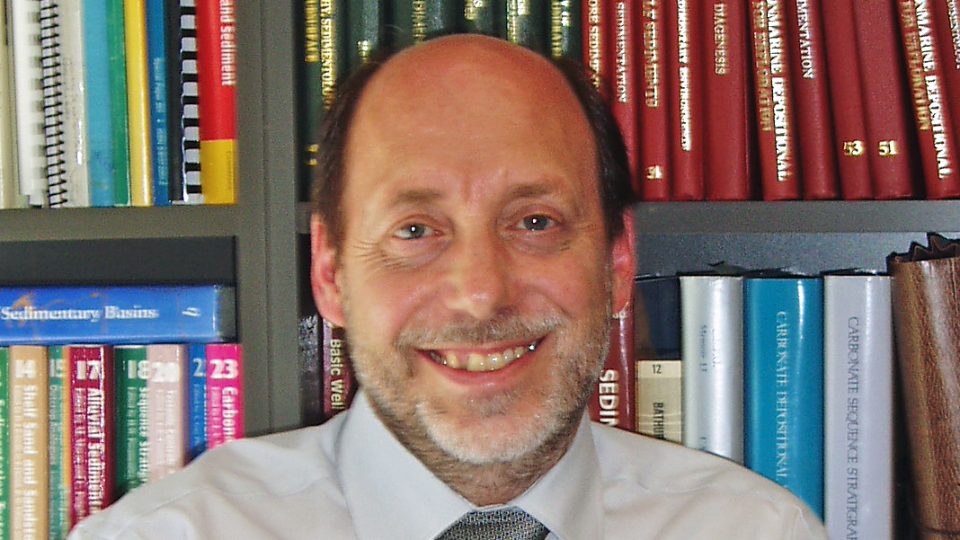 James MacEachern has dedicated his career to the advancement of sedimentology in Canada and abroad. Dr. MacEachern is well known for developing ichnology and integrating it with sedimentology and sequence stratigraphy.  James began his career at the University of Regina, where he completed both his BSc (1982) and MSc (1987) degrees. He completed his PhD at the University of Alberta under the supervision of the late George Pemberton. At the U of A, James moved to the forefront of integrated sedimentological-ichnological research and earned his PhD in 1994. His seminal work during and since his PhD established the many uses of ichnology in facies analysis and sequence stratigraphy. His syntheses regarding the ichnofacies concept have enabled non-ichnologists to integrate ichnology in their own sedimentological research. Simply stated, Prof. MacEachern’s efforts have driven the international recognition that ichnological and sedimentological datasets must be integrated to fully understand the origins of sedimentary rocks. As a result, his research is internationally followed and recognized. In addition, James is one of the founding faculty of the Department of Earth Sciences at Simon Fraser University for which he has developed most of the sedimentology program. James has supervised several graduate students, many of which have gone on to successful careers in the geosciences.

Nominations for the Canadian Sedimentology Research Group’s Middleton Medal must be supported by three members of the GAC, one of whom acts as principal sponsor. The award is conferred in alternate years at the annual meeting of the GAC. Nomination forms shall be submitted to the CSRG chair on or before December 31st of the calendar year prior to the award’s conferment. Previous recipients of the Logan Medal are not eligible candidates.

A complete nomination must include the following documents:

1) Cover Letter (maximum 3 pages), signed by principal sponsor and at least two co-sponsors, that includes names and contact information for the nominee and all sponsors;

2) Citation (300 words or less; suitable for publication and for reading at the time of the award);

3) Written biography of nominee that describes the achievements for which the award would be conferred; and

4) Curriculum vitae of nominee, to support the achievements cited in the biography.

Supporting information (items 2-4) may be submitted after December 31st but before the end of January.

It is the responsibility of the Principal Sponsor to gather the supporting information. Digital files are preferred. A completed nomination is valid for three years and may be updated by the sponsors.

Nomination forms shall be submitted to the CSRG chair on or before December 31st of the calendar year prior to the award’s conferment.

Past recipients of the Middleton Medal: